Landsat 8 and the H Pete Townshend is John Donne

An open letter to the New York Times Graphics Desk

Yeah, I thought so. You folks at the Times make some amazing graphics, but last week I was reading about the death of DOMA— a historic day, your favorite cause, lots of lead time– and you pull this out:

That’s right, some punkass little equal-area cartogram with California boopin’ out the backside.

But it’s the Fourth and I like you, so I’m going to help you out. Of course there’s never one right solution to these, but let’s stay within some boundaries:

(2) Don’t miss the layups. Some states will have to go in weird places, but let it be the weird ones. NV, WV, in fact all around MD. Let the easy ones go easy. Come on, ND-SD? You couldn’t get WA-OR-CA right?

And that’s all. Here they are, right and wrong coregistered:

I put DC in front of SC. It’s a little odd, but at least it’s under MD and close to VA. And if you want only states you can trim it right off. Plus it’s my own little Arlington for the Calhouns, lest they forget 1832 and 1860.

And lest anyone forget who is indeed the Cartogram King, here’s one to help you remember: 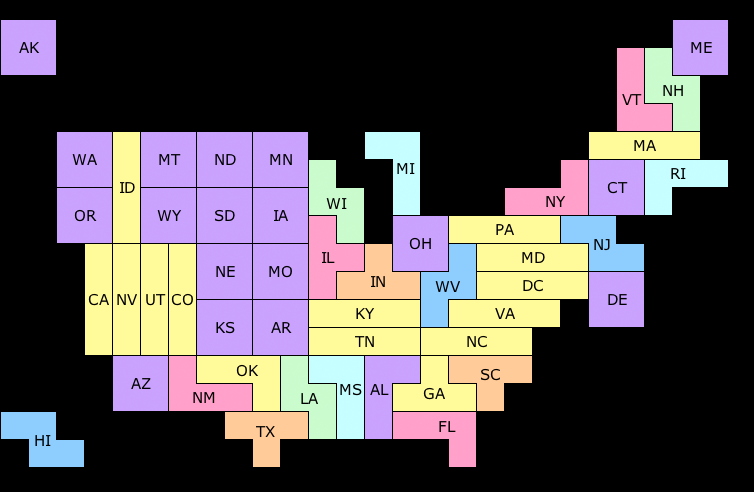 Tetrus. Yes I made a little tofurkey Cape Cod out of some Rhode Island. I like Cape Cod.

And yeah, I’m talking to you, Danny Dorling. 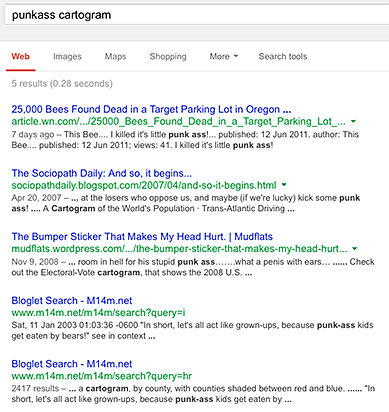 In fact it not only lived on but reproduced, a freakish amoeba: 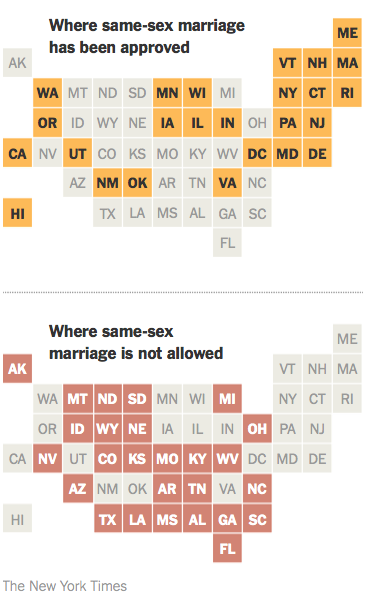 Isn’t that the same map twice? Don’t you feel like proofreading to see if there’s some difference? Is this some kind of strange design theory at work?

A day later they had made a small improvement: 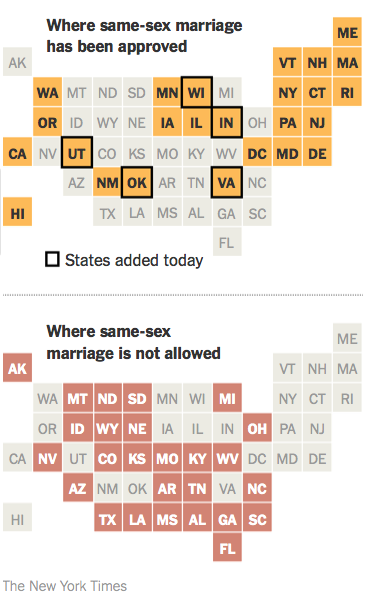 Personally I’m encouraged that the paper of record sees gay rights as such done-deal backwater that they assign the graphics to Jim The So-So Intern.