Media breakdowns used to be more entertaining. Back in the analog days the best ones came from local news. One night in Bismarck, N.D., the struggling last-place station appeared for no reason in tuxedos, and phone lines burned with friends urging you to quick! turn on channel five! And in Minneapolis, years later, the sleepy rerun station echoed a Mary Tyler Moore Show episode by reporting in a late-evening news break that the next day presidential candidate Jerry Brown would be outed as gay.

However– we do still get some lovely subtler flakeouts via Internet. My favorite is Google Earth. 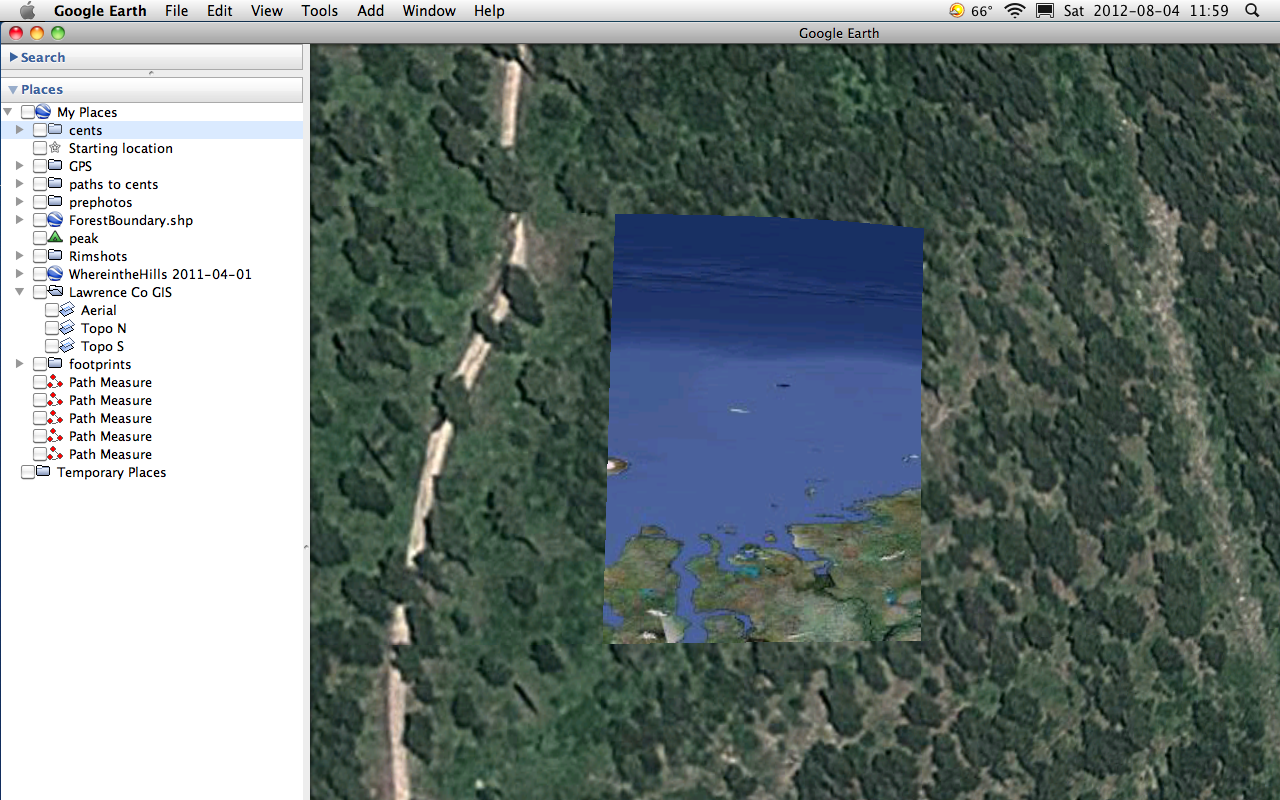 The Little Siberia neighborhood of the Black Hills. Not as fun as a production assistant walking on set. But here’s a lost tile that’s even pretty: 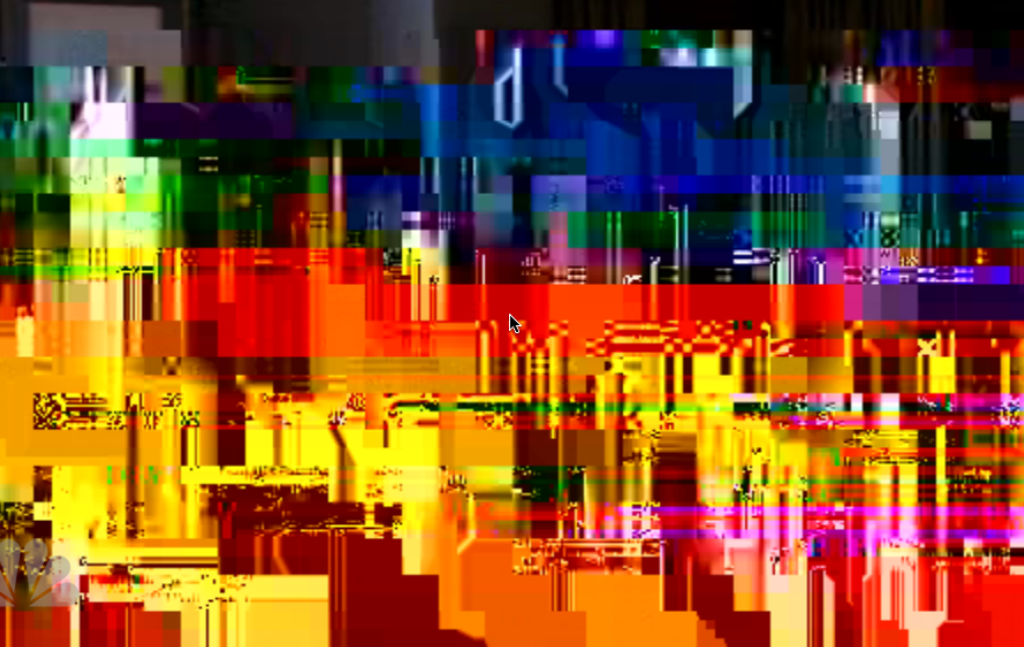 There’s probably now a “scrambled Hulu” filter in Photoshop. Here we have Google Earth beaming me down from the Enterprise onto what looks like southern California: 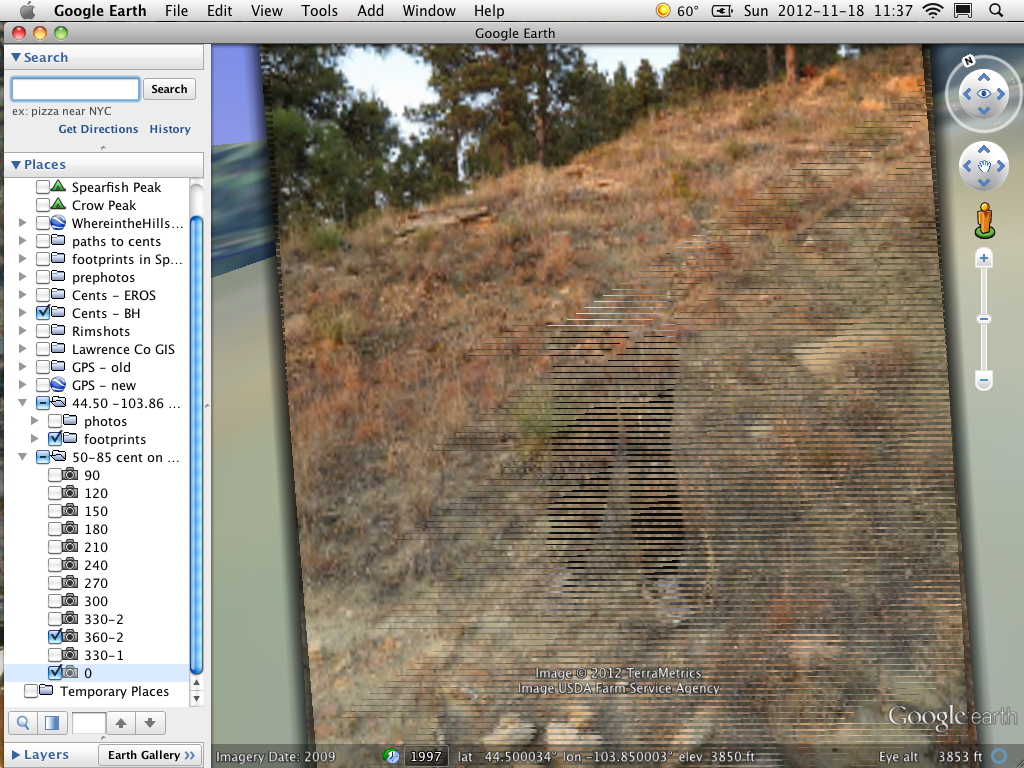 And here’s one that persisted for weeks, more Star Wars than Star Trek, the Earthless Google Earth:

Those are stars in the background, and perhaps some islands I can’t identify. Constellations? It’s a bit of an ominous message. But not as ominous as this one upon exit:

I found an older set of Google Earth freakouts over Nemo, S.D. Back from 2008, before you could land on Google’s Earth, but something very 1970s-electronic about them, like very early electronic games, or Close Encounters of the Third Kind. Here the strange squares begin: 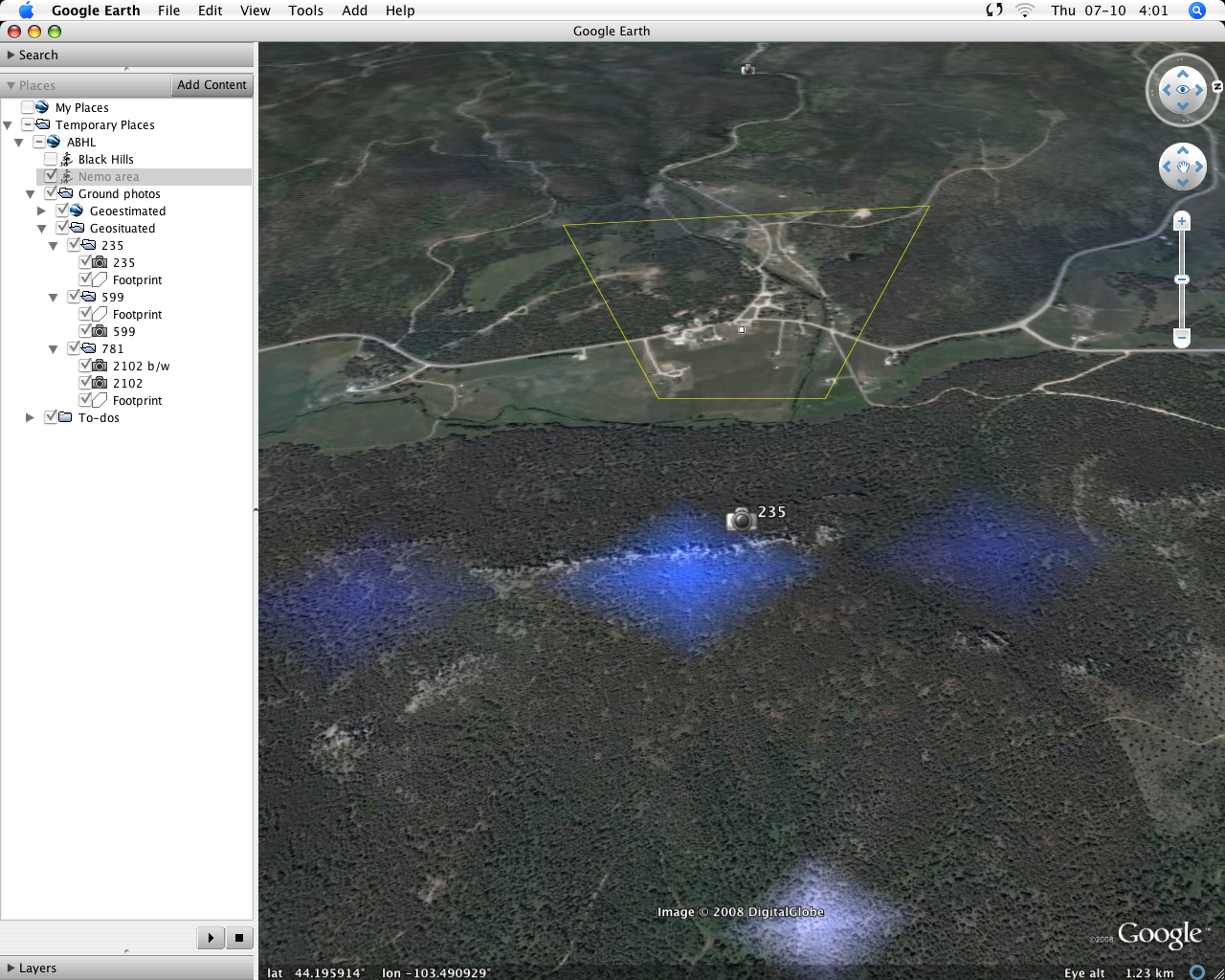 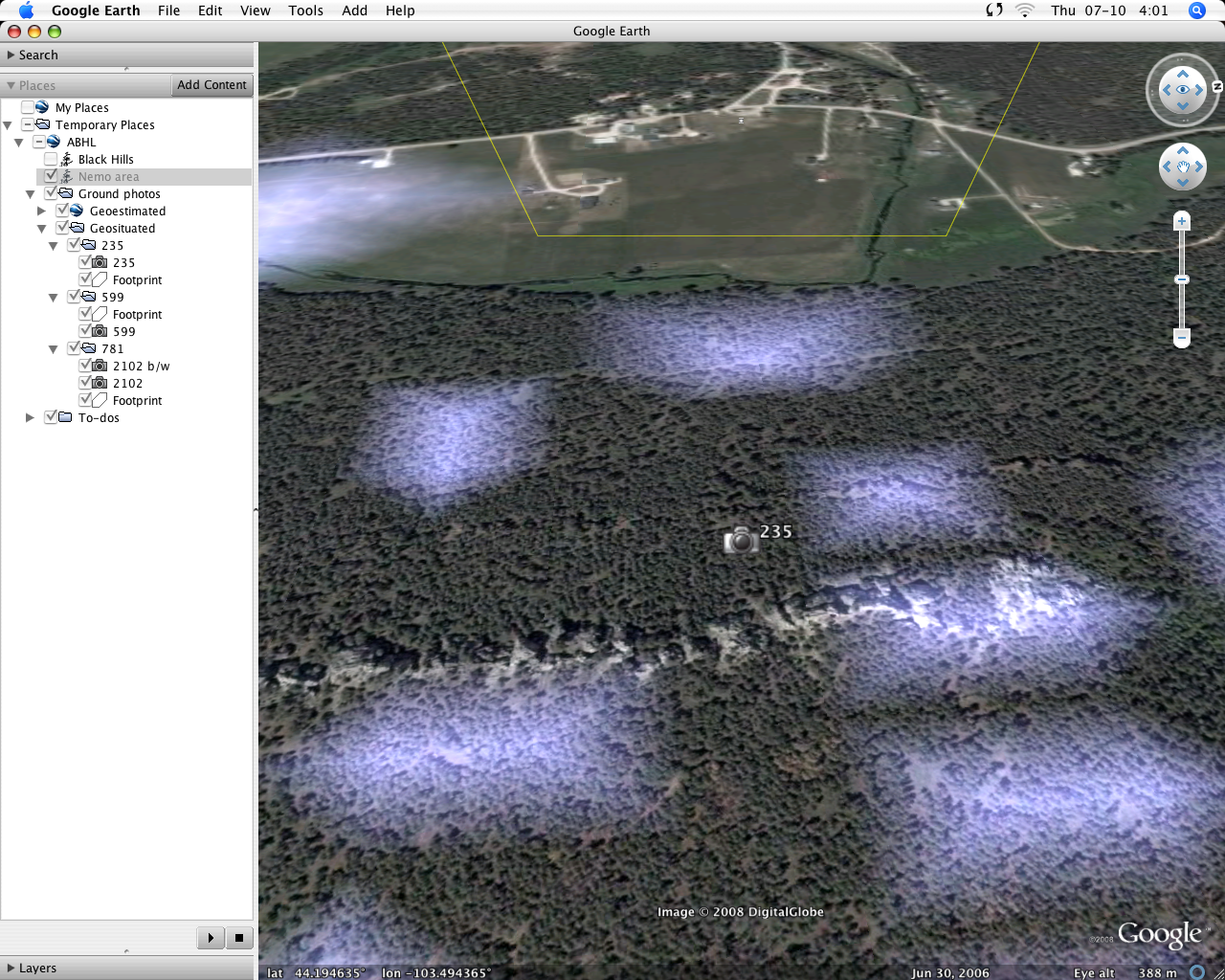 Until finally they have taken over like extraterrestrial kudzu: