Where in the heck is WhereintheHills? Landsat 8 and the H

Like a lot of people lately I have been shooting panoramas. Last year I graduated to a mid-level camera and thought about buying a pano head.

A pano head is just a tripod top designed for shooting panoramas. It sounds (and is) pretty boring, until you get an ugly panorama on your screen, werpeling in sine waves and seaming with parallax. Parallax is the phenomenon of nearby objects sliding across far ones when a lens moves sideways. And parallax messes up the stitching together of panos.

Here is probably the normal succession of planting your new camera on your cheap old tripod. First you just slap it on there: 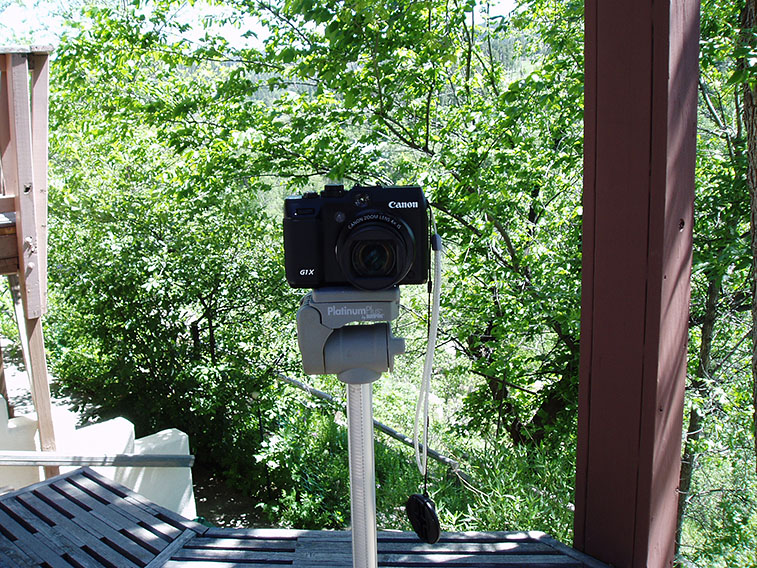 That’s no good, because to shoot panos you probably want the camera sideways to get a taller visual swath. So you flip the camera up: 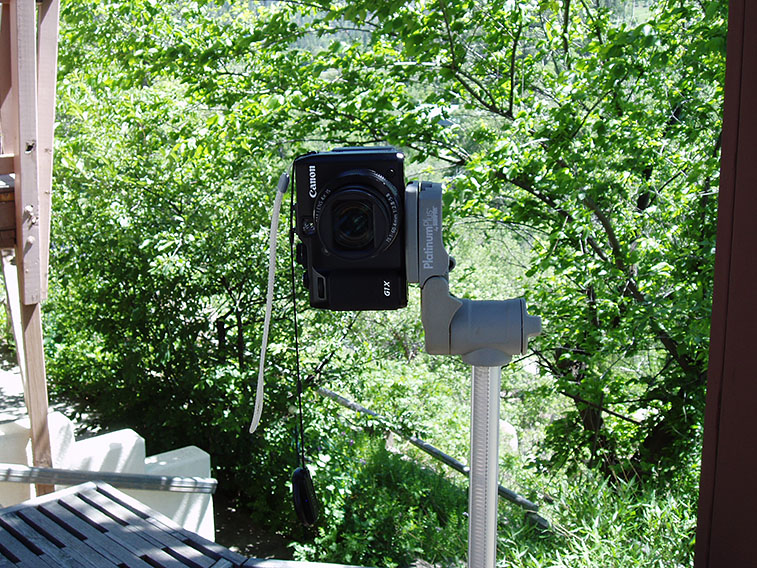 Well, that would be pretty bad. The center of the lens would be swinging 7-8 inches side to side, and you’d get a lot of parallax. So in fact, standing out in the field with my nephew, I immediately unscrewed the bolt in the hinge and flipped it around like this: 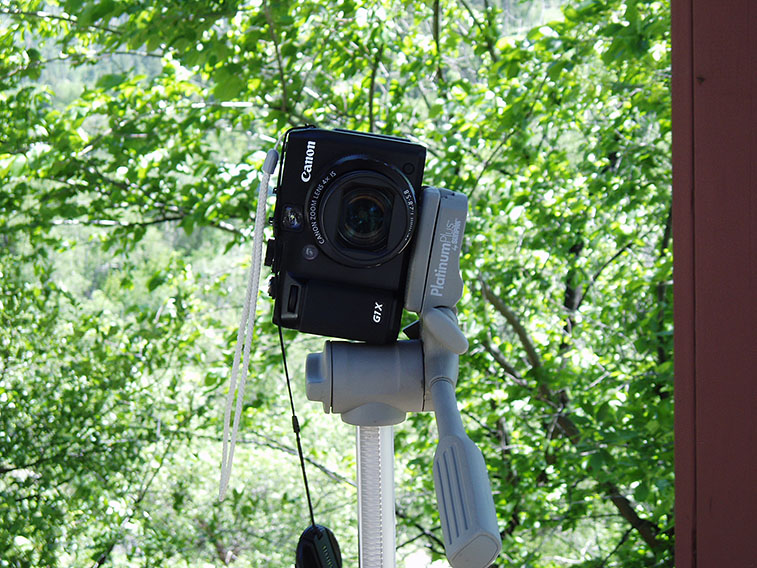 Less terrible but not great. The tripod handle is in fact just out of frame, but the lens is off-center and too far forward, so the “nodal point” (the point of no parallax) within the lens is further off-axis. And it’s tilted to boot.

And so, once again, I slipped down into the dark, dystopic rabbit hole of photographic shopping. There are a lot of nice pano heads out there, and a lot of instructions on how to build your own, and I looked at the lot of them. Jack Harwick of PanoFix was kind enough to answer some questions, and I finally followed his notion of the “98% solution”– to reduce errors to acceptable insignificance and move on with your life. So, in gratitude to those ahead of me and sympathy to those behind, here is my “97% solution.” I’m guessing it’s what a lot of people do.

I drilled a hole through my tripod’s head, up at the farthest point for leverage and where I wouldn’t mess up the quick-release latch: 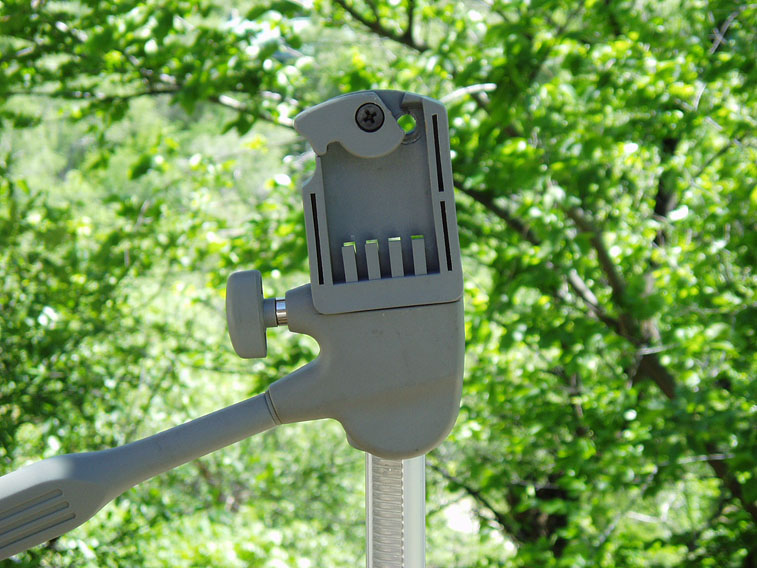 I stuck a 1/4″ 20-thread bolt through it with washers on either side to adjust the camera laterally. (I wanted a wing bolt but settled for a wingnut crammed onto a regular bolt.) With this bolt and the hinge below it you can move and tilt the camera forward-and-backly:

Finally I had to sand off a point (to the right of “Pla” below) because it poked the lens. And at that point I was down to squinting at a millimeter this way or that way. For example I could remove one rubber washer: 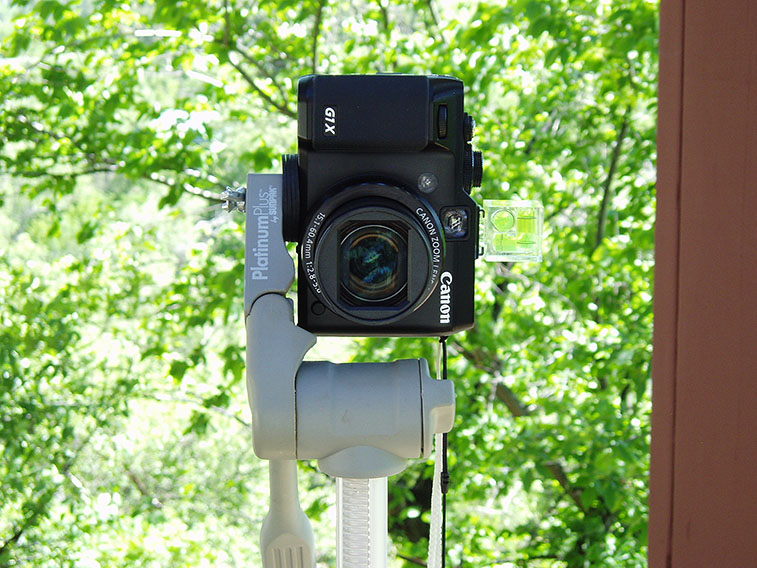 I found the nodal point for a Canon G1X (zoomed all the way out to a 28mm equivalent) in the normal fashion, by adjusting until a string hanging in my garage didn’t parallax when I rotated the camera. It’s about 2/3 or 3/4 of the way back on the middle part of the lens. It’s above a barely-visible seam in the tripod:

And believe it or not this story– this boring, detailed story– is what NOT obsessing looks like in the context of photography. That number 97 is nominal, and I’m not sure how many combinations of camera and tripod can be drilled like this. But it looks very close to me, and it tilts nicely for three-row panos. It was fun doing it for a few dollars, but more than that I’m interested in how rephotography can be scaled up by using cheap solutions for the photographic hoi polloi like me.